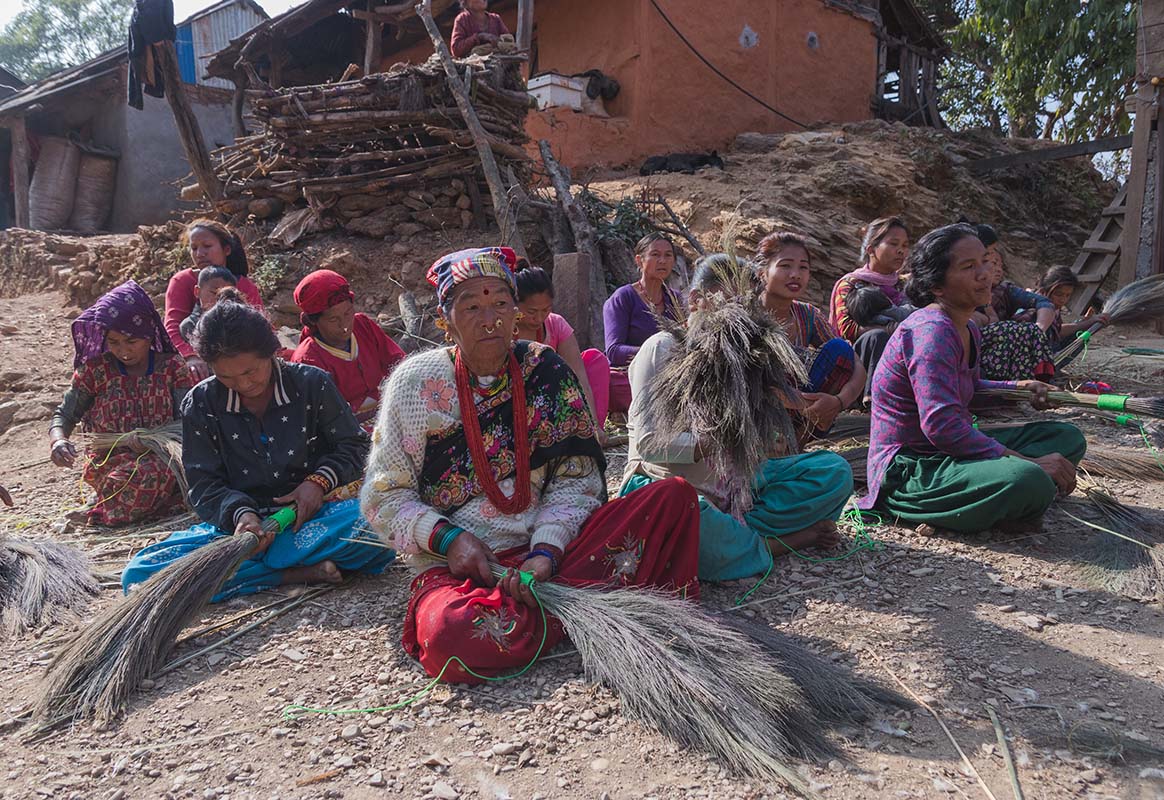 Following a field visit to the Raksirang Chepang community, Bighnaharta Nepal embarked on a journey to uplift the marginalized tribal Chepang communities through cash crop plantation.

The project consisted of 4 phases:

A total of 510 households were enrolled in this project. Within a timeline of 7 days, approximately 255,000 broom grass seedlings were planted in 7,290,000 square feet of landslide-prone areas.

For the successful implementation of Phase II of the project (Food for Labour), Bighnaharta Nepal held fundraising events like Rice for a Cause focusing especially on the immediate seasonal food needs of the tribal Chepang community of Raksirang Village Municipality.

With the help of individual donors as well as various fundraising platforms and organizations, Bighnaharta Nepal was successful in distributing food supplies to every 510 Chepang households of Raksirang Municipality.

Following that, an interaction meeting regarding the Broom Grass Plantation as well as the training phase with the female groups of Jirkhe, Raksirang Village Municipality was initiated.

Bighnaharta Nepal was successful in providing training to the Chepang community of Rakshirang Village in a matter of days.

Since Bighnaharta Nepal implemented the holistic nature-based solution, the community of Raksirang Municipality has reaped the enormous benefit of being economically empowered as well as avoiding landslides by 90%.

Furthermore, the project has received international recognition and has been featured in a Hyundai and UNDP initiative called For Tomorrow, a platform that empowers local innovators in creating a more sustainable future.